What is the quality expected of a common dividing wall? The Court answers. 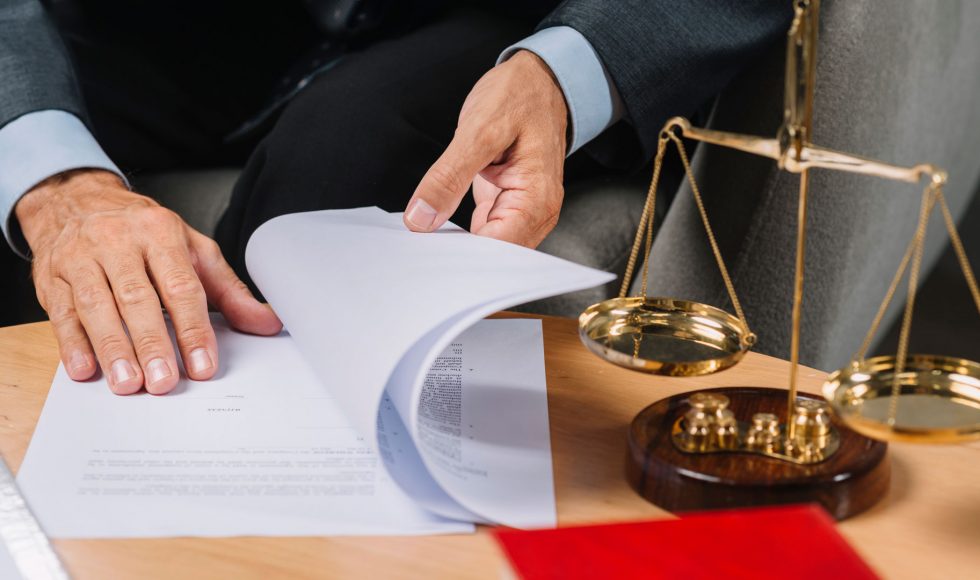 In a case presided over by Chief Justice Mark Chetcuti; Mr. Justice Giannino Caruana Demajo; and Mr. Justice Anthony Ellul, decided on the 27th of January 2021, the Court of Appeal had to consider the quality expected of a common dividing wall.

This case regarded a dividing wall which separated the property of the plaintiff (comprising of a garden and two garages), and the property of the defendants (originally a house). The defendants’ house was demolished and in its stead was built a block of apartments. As a result, touching the newly built dividing wall was part of the plaintiff’s garden and one of his garages, and on the other side, the new block of apartments. Although the new dividing wall was built in the same place and with the same thickness as was the old, it was re-built with bricks instead of its original limestone, and the rendering was not smooth but textured.

While the court of first instance held that the plaintiff’s claims regarding the inferior quality of the rendering and stone used, were unfounded on the basis that it was not sufficiently proven that their quality caused the plaintiff any prejudice, the plaintiff appealed on the grounds that his claims did not intend to involve an examination of prejudice, but were based on the condominium rights of the owners of the common wall. Although, as noted by the court of first instance, the new dividing wall was rebuilt in conformity with sanitary laws, the appellant argued that what administrative laws provide does not detract from people’s civil rights.

The appellant argued that, while Article 415 of the Civil Code, Chapter 16 of the Laws of Malta allows a neighbor to demolish and rebuild a dividing wall without the consent of the other neighbor, where the wall is rebuilt in an entirely different state to its original, then the consent of all other owners is required, as held in Josephine Caruana vs Maria Brincat, PA 24.10.1960. With reference to various text-writers such as Borsari, Baudry Lacantinerie, and Pacifici Manzoni, the general understanding is that a common dividing wall must be rebuilt to its original state.

In this regard however the Court of Appeal held that although the material used in the reconstruction of the common dividing wall was different, as the wall was built with bricks instead of limestone, it is a fact that nowadays constructions are being made more and more with bricks, and therefore bricks are considered to be a material fully acceptable for wall construction. The court held that the judgement quoted by the appellant could not be relied upon as the circumstances in that case were completely different to those at hand, since the wall in that case had been built single instead of double as it was originally, and it had not been built on the median line.

With regards to the rendering, the Court of Appeal acceded to the appellant’s complaint and held that the fact that the rendering was made textured and not smooth, forces the appellant to incur more costs when he comes to build and support his property thereon in the future. This was confirmed by the court expert who held that the extra costs to be incurred by the appellant in smoothening such wall should be compensated for where the wall is already common between the parties, or should be deducted from the amount which he would need to pay to render the dividing wall common when such time comes for him to develop his property.

The appellant further argued that when the concrete roofs were laid, they did not reach half the thickness of the dividing wall, but took up the entire wall thickness, including the part of the dividing wall that belonged to him, in breach of Article 413(1) of the Civil Code.

In this regard, the Court of Appeal noted that Article 413(1) of the Civil Code is premised on the fact that the dividing wall exists for the benefit of both neighbors, and therefore neither of them can use the wall in a way that prevents the other from making the same use. Although Article 413(1) refers to “beams“, local jurisprudence has highlighted that roofs are also considered as “beams” for the purposes of this article. The court however noted that it is important that the wall into which the “beams” are inserted must be a common wall. Since the ceiling complained of by the appellant was placed on that part of the dividing wall which was solely owned by the defendants and thus was not owned in common with the plaintiff, Article 413(1) was not applicable to the case at hand.

Notwithstanding this however, the court quoted Article 417 of the Civil Code and held that since the plaintiff on the basis of such article has the possibility to render the dividing wall common, as the dividing wall is built beneath airspace which is already deemed common, over such area there could be no invasion with concrete roofs. The court therefore still found there to be an infringement of the plaintiff’s rights. In the particular circumstances of this case however, the court also noted that there was a need for the defendant to lay the roof over the entire wall thickness because the parties had agreed, contrary to what is stipulated in Article 407 of the Civil Code, to have the common wall as single and not double. The court therefore concluded that because of the existing agreement between the parties, the only solution was to allow the plaintiff to insert his roofs over the entire thickness of the dividing wall, whenever he comes to develop his property, albeit not at the same level, as structurally, the plaintiff’s roofs cannot touch with the defendants’ existing roofs, but shall be entitled to insert his roofs either above or below those of the defendants.