The ‘testimonium non scriptum non fertur’ legal principle as opposed to oral sworn testimonies and witnesses – To what extent can a written sworn agreement be duly contested in court by the same signees? 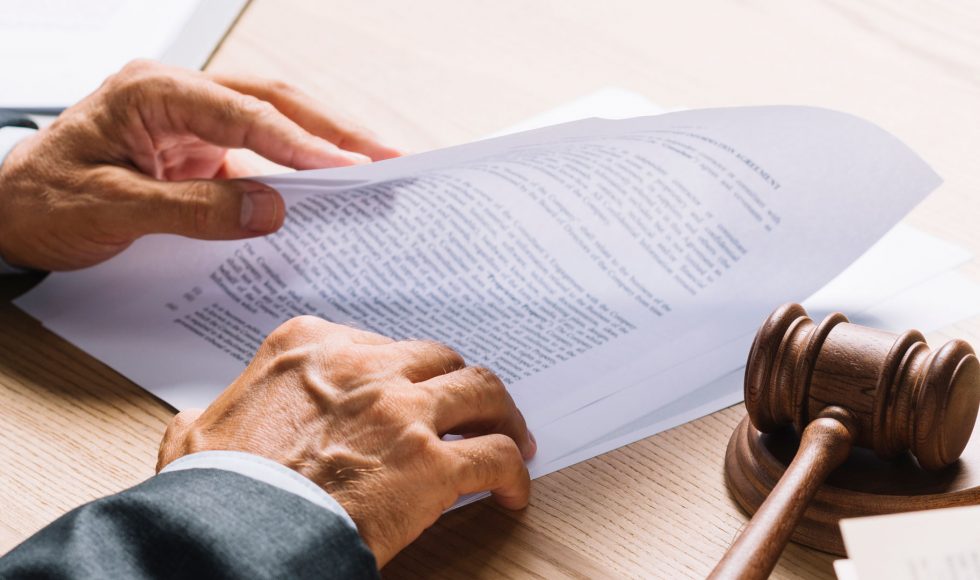 On the 27th March 2020, the Court of Appeal in its Superior Jurisdiction delivered a very important judgment in the names of Cyril Worley u Mary Rose Worley v. Emanuel Ellul u Mary Ellul, 952/2012, focusing on the ‘contra scriptum testimonium non scriptum non fertur’ principle.

In this case, the plaintiffs had originally filed a sworn application against the defendants claiming excess in interest payment (more than 8%) on a property sale agreement, and thus leading to unjustified enrichment at the indebt expense of the applicants. Plaintiffs had asked the First Hall Civil Court to therefore seek liquidation and conviction of payment on the sum eventually liquidated, representing the overpaid interest in breach of the law (Article 1853 of the Maltese Civil Code).

The defendants raised a number of pleas, including the preliminary plea that the plaintiff’s action is null and void and should be dismissed on the basis of its incongruent to an already signed agreement between both parties; which agreement had been duly transacted and fully concluded through a public deed (sale agreement).

After that the First Hall Civil Court upheld such plea, the plaintiffs, now appellants filed an appeal on misapprehension of facts made by the first Court in relation to particular circumstances being that the First Court did not make a through investigation of the evidence brought beforehand and that the first court mistakenly apprehended that the matter was fully concluded with the signing a full and final settlement i.e. the sale agreement.

The appellants argued that they were not contesting the sale per se but the alleged overcharge of interest and that the full and final settlement agreement did not encompass such interest claim as settled.  In this regard, the court had to re-examine all testimonies and witnesses where much of the plaintiffs’ witnesses argued against the already signed full and final settlement deed.  In light of such discrepancy, the Court of Appeal was faced with quite a dilemma i.e. whether oral testimonies and witnesses’ versions of facts supersede a written and signed full and final settlement between the same parties; the same plaintiffs that now were testifying the contrary to what they had originally signed – highlighting that such agreement was not in subject to sale but to a loan – ‘contra scriptum testimonium non scriptum non fertur’. To this aspect, the Court of Appeal referred and quoted Carmelo Morana v. Dr. Joseph Spiteri et, (Kollez. Vol: XXXVI.i.119):

It is here that the Court of Appeal pointed out that the plaintiffs (now appellants) had never tried on rescinding the refereed settlement agreement on any simulative grounds – on the contrary, they indeed acknowledged its legal existence and validity but questioned instead its interpretation:

After such examination, the Court of Appeal was convinced that the contract reflects what the parties wanted on the same contract, and this since the condition that made the defendant to issue the money demanded of him by the plaintiffs, was proper in making this contract as ‘sale’ and not as a ‘loan’. Once the plaintiffs, though reluctantly, had accepted this condition, they are now unable to withdraw from such consent given by them on the same contract. The court also considered that the contract does not say anything different from what the parties had originally agreed and therefore lays no room for interpretation other than what is stipulated in the contract. In additional to this, the Court of Appeal quoted Oscar Sammut nomine v. Antonio Ellul et (Kollez. Vol: XXXII.i.138):

This Court’s argument was further toughened with the Notary’s testimony i.e. the same Notary responsible for the publication of the final deed; the said notary had indeed stated that this agreement had been done hurriedly due to the plaintiff’s need for money.

Although it is undisputed that the plaintiffs had financial problems and had fallen into a vicious circle of loans that they could not get out of, but nowhere does it turn out that the defendants themselves were involved in assigning loans at a higher interest rate. So much so that after the first two debt settlement contracted between the parties were settled, the defendants refused to continue to lend money to the plaintiffs and were willing to advance a further sum to the plaintiffs through a sale of property. It is true that thethe defendants may have taken advantage of the plaintiff’s financial situation by purchasing the property at a much lower price than what was actually its market value, but still cannot be interpreted as a loan with a higher interest rate.

Thus and in conclusion, the Court of Appeal stated that it is therefore evident that, the referred contract was indeed a sale and not a loan and does not result in proof of an obligation on the part of the appellant to pay interest at a rate above 8%.

To this regard, the Court of Appeal confirmed and approved the First Hall Civil Court’s decision and dismissed the appellants’ claim in full merit to the appealed party.