Court of Appeal confirms that two contractors and an architect are to be held responsible for the collapse of a property in Sliema. 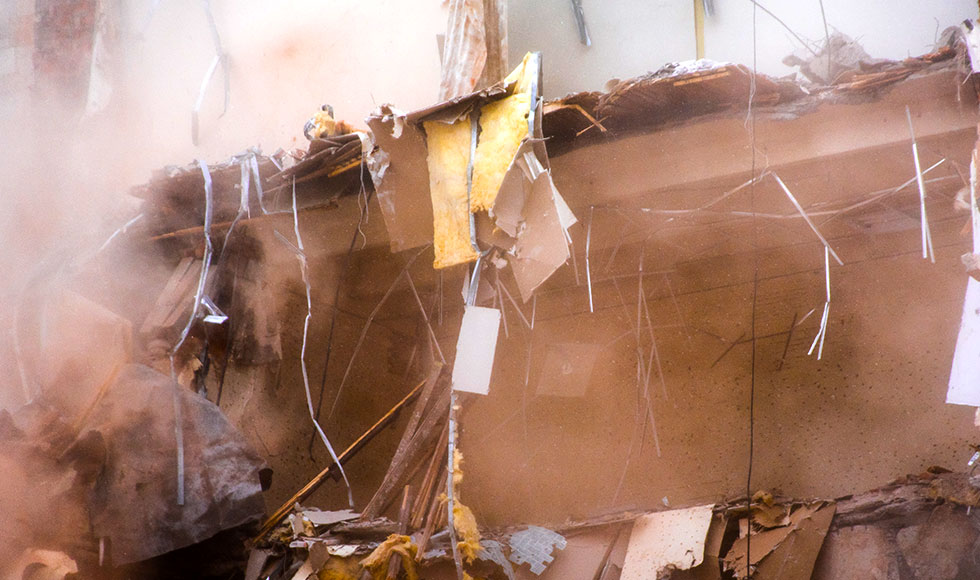 The Court of Appeal on the 20th of July 2020, has confirmed a previous decision of the First Hall Civil Court, wherein the court ordered two contractors and an architect to pay more than € 67,000 jointly in damages, to the family members of a woman deceased after a property collapse in Sliema. The collapse took place back in the year 2000, when works were being carried out in a neighbouring property.

A civil action was brought by the heirs of the deceased, against the owners of the neighbouring property being excavated; the architect; and two contractors, for their responsibility in the collapse of the property. The heirs requested the court to grant damages for the collapsed property rendered inhabitable; for the loss of movables found therein; and the death of their mother, aged 84, who was inside the property when the collapse occurred.

In arriving at its decision, the court of first instance took into account the following considerations:
The excavation works were carried out at a distance of two and a half feet from the dividing wall, and at a depth of seven rows below the level of the road or, in relation to victim’s property, a floor below ground level. However, it resulted from the permit plans that the depth of the ground of the basement of the property being excavated should have been three rows below the road with the side of the victim, meaning that excavations exceeded that permitted by four rows.

Secondly, the material which gathered under the dividing wall, then exposed, weakened the wall as it began to function as a retaining wall, which function it was not designed to be. Rainwater on the day of the incident may have also had a part in the exposed foundations giving way due to the pressure and decay of the material.

On the day of the incident, the architect brought on-site was alarmed at the extent of the excavations and had warned against the dangers of the dividing wall however no precautions were taken by the architect himself or the contractors for the neighbours to be evacuated. That same day, cracks also became visible in the victim’s property.

In its judgement, the court of first instance, on the basis of article 1037 of the Civil Code, decided that the owners of the adjacent property were not to be held responsible for the incident, since no proof was tendered showing that the contractors employed by them were manifestly unfit to carry out the works.

The court also held that the architect was not to be held responsible for the collapse of the property since he was only informed that the legal distance from the dividing wall and the depth of excavation was not adhered to, after the situation was already compromised. The court further held that the collapse of the property was a result of serious shortcomings by the contractor in the excavation works carried out, without the knowledge of the architect, and thus the architect was not to be held responsible for the negligence of others. The court however concluded that the architect in question should be held responsible for the woman’s demise when considering that: he failed to inspect the premises when the excavation was carried out and limited himself to instructing the contractor to carry out remedial work; he failed to ascertain that such remedial works were carried out on the same day; and failed to take precautions.

The court found that from evidence provided, it was the contractor employed by owners of the adjacent property who decided not to comply with the legal distances and the extent of excavation. The court made reference to article 1031 of the Civil Code which states that every person shall be liable for the damage which occurs through his own fault, and provided that the contractor also had a duty of care to ensure that no damages ensue in neighbouring properties. The court found the contractor liable for not adhering to the legal distances laid out in article 439 of the Civil Code and for the exceeded excavations carried out.

In view of the above, the First Hall Civil Court ordered the contractors to jointly and severally pay the plaintiffs the sum of € 56,800; and ordered the architect to pay, in solidarity with the other defendants, the sum of € 10,800.

The court of appeal, presided by Chief Justice Mark Chetcuti, Mr. Justice Joseph R. Micallef, and Mr. Justice Tonio Mallia, subsequently revoked all claims made by the architect and contractors and confirmed the judgement of the First Hall Civil Court.